Subscriber Bots: Followers of the Future?

Subscriber bots (or sub bots) have become notorious for generating artificial subscribers, views, likes, and comments on YouTube. But what exactly are sub bots? And what risk is there in using them?

What are subscriber bots?

Many of us have Siri, Alexa, or our Google Assistant handle our daily questions, comments, and concerns. But when it comes to millions of fake YouTube views, subscriber bots take the role of those companions too far.

Sub bots artificially inflate a channel’s number of subscribers or a video’s number of views, likes, and comments. The idea is that popularity begets popularity. Many viewers are inherently drawn to famous channels or popular videos, while YouTube’s suggestion and ranking algorithms also pick up on popular content. In extreme cases, it might even mean making it to the front page.

How does botting work?

Setting up a botting service can be as simple as subscribing to a website which handles the bots automatically, with essentially zero effort on your end. Some sites offer free plans to get users started, while plans with more features can start as low as $10–$15 for 10 subscribers or 600 views per day.

Ironically, there are also YouTube videos showing step-by-step tutorials on how to get sub bots up and running. This software might involve pasting the link to the channel or video in question and then checking boxes to determine if you want the bots to like, comment, or subscribe. Seed text can be given for comments, and the delay time between posts can be specified.

What happened to old-fashioned popularity?

With an enormous channel and content base that continues to grow, the competition for fame on YouTube is tougher than ever. Meanwhile, channels posting popular content can earn a sizable living doing so. Some users even make millions.

YouTube launched its first ad concept in 2006 and, by 2007, YouTube started paying users for their content. YouTube Director of Creator Partnerships Jamie Byrne stated that the decision to compensate creators would hopefully “inspire others to create their own original content.” Nowadays, the path to big earnings is simple. More views mean more traffic for ads, which translates to a bigger paycheck from YouTube.

Of course, many channels still stick to the “natural” way of getting subscribers—creating consistent, quality content. For those looking to skip some of the legwork and gain traction with extra subs or views, there are also relatively safer routes to choose from. These include using a view exchange platform (watch other people’s videos, and they’ll watch yours) or paying for real subscribers. Since both options have a greater cost, many opt for the botting route instead. Even fake views can become real earnings. 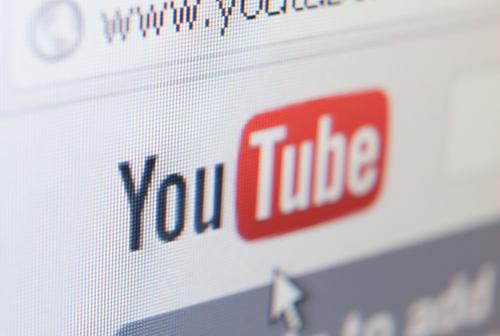 Almost 5 billion videos are watched on Youtube each day.

Not all botters are just looking for a cheap way to get famous. Some might create quality content but feel like they’re hitting a wall when it comes to reaching their desired audience. Think of a tutorial, lecture, or explanatory video—are you going to watch the one with 1,000 views or the one with 100,000? Many viewers see popularity as a sign of quality and won’t gamble on less-popular videos.

Earning a following organically can take a huge time investment and a lot of patience. YouTube used to be a smaller community; nowadays content is being uploaded constantly, and there’s no shortage of videos to choose from. Even those who put serious work into establishing a following might be tempted to use subscriber bots to gain some traction for content that they really believe in. Popular channels are much easier to find in the search engine rankings, and botting could mean seeing your profile and videos quickly rise in the ranks.

Is it really worth the risk?

Although botting might be the cheapest option to gain fake or even real popularity, it could also be the most expensive. Since botting is against YouTube’s terms of service, users caught doing so risk getting immediately and permanently banned. In the face of losing all of your legitimately earned following and of having your account deleted, is it really worthwhile?

As the second most-used search engine, YouTube takes fake activity very seriously. Its slogan, “Broadcast Yourself,” is a call for authenticity—something the company strives for, not just in content but also in video and channel representation. Fake activity undermines the site’s credibility and manipulates viewer perception of valuable content. YouTube Staff Writer David Boyle has affirmed that “subscriber counts are a reflection of a creator’s level of engagement with viewers and a serious source of pride in the community.”

With the added possibility of using sub bots as a sort of blackmail to take down a competitor’s channel, the stakes are high to find out who’s botting and who isn't. Unfortunately, in many cases, it’s still unclear, and the botting industry continues to have a strong client base. An article published by The New York Times in 2018 showed that many botting attempts are still successful. To test the sites claiming to generate extra views, a reporter ordered thousands of views from nine different companies. The reporter found that nearly all of the purchases were fulfilled in approximately two weeks, with most purchased views remaining over time. Martin Vassilev, known for selling fake views on YouTube, claimed that, despite YouTube’s attempts to stop it, “there’s always a way around.”

We’ll have to wait and see if subscriber bots continue to form a significant portion of our subscriber and viewership or if the site will eventually conquer this long-standing issue.

If you’re building a chatbot, it pays to prioritize customer privacy. Whether prompted or unprompted, users can—and will—share sensitive information with your chatbot. Find out how to protect chatbot data and user privacy, while also delivering a grade A+ chatbot experience.

Chatbot KPIs to Track for Success and Improved Performance

Wondering which KPIs for chatbots are important for improving performance? By tracking these KPIs, you can discover what’s working for your users—and what isn’t.