A New Metric to Enhance Robot Grasping and Manipulation

Most existing approaches for robot grasping merely focus on successfully getting hold of objects, without taking into account the actions that the robot will subsequently perform with them.

When humans get hold of an object, they generally already know what they intend to do with it—in other words, what their goal or motive is. In contrast, most existing approaches for robot grasping merely focus on successfully getting hold of objects, without taking into account the actions that the robot will subsequently perform with them.

A team of researchers from the University of Birmingham in the United Kingdom and from Queensland University of Technology in Australia recently carried out a study that explores this key difference in human and robot grasping strategies, advocating for a change in philosophy in how researchers develop approaches for robot grasping.

In their paper, “Robotic manipulation and the role of the task in the metric of success,” published in Springer’s Nature Machine Intelligence journal, they introduce a new metric that is centered on the task completed by a robot. The idea behind this metric was first conceived during a meeting between Valerio Ortenzi, the study’s principal investigator, and his former supervisor, Peter Corke, co-author of the paper.

“After discussing the results of our previous experiment on human-human handover, we noticed that there was a recurrent theme in our words: humans grasp objects in different ways, depending on how they want to use them,” Ortenzi, a research fellow at the University of Birmingham, tells discover.bot. “Corke prompted me to write a piece on such a topic, saying it would have been to challenge the community. I started talking to the other co-authors, and this is how the paper was born!” 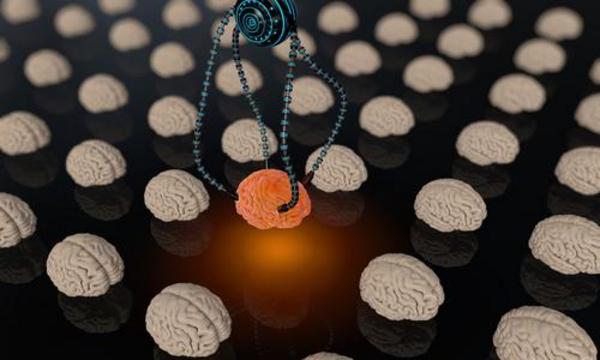 What is the thought process behind a simple grasp?

“There is clear evidence that humans grasp objects to use them,” Ortenzi explains. “That is also perhaps common sense. Research in neuroscience and psychology has long shown that grasping is an action that we perform in order to do something else. So far, however, our research efforts in robotic grasping have mainly focused on an action that could be seen as grasping for the sake of grasping, in other words, grasping (possibly fast) and holding an object. This is obviously important; however, it is oblivious of one influential factor: the ultimate goal.”

To better explain this idea, Ortenzi provides the example of grasping a teacup. A human would generally get hold of a teacup because he or she wants to drink tea or whatever other liquid is contained within it. While reaching for the teacup, therefore, he or she would automatically consider the actions that will follow and would thus grasp it in a way that allows him or her to easily drink from it. This is because if one gets hold of a teacup in a way that drinking from it becomes difficult or impossible, he or she would fail at the goal of drinking.

“We want to push people to change perspective and embrace a metric that associates a quality measure to a grasp based on the task to perform and not just on how fast or how long the grasp can securely hold the object for,” Ortenzi says. “We believe that our paper is a step forward in revolutionizing the way the robotic community should think about grasping and object manipulation.”

To initiate conversation about this idea in the robotics research community and to provide an alternative to existing approaches, Ortenzi and his colleagues introduced a new metric that considers the actions necessary to fulfill the robot’s ultimate goal when grasping an object.

Instead of focusing only on effectively grasping an object, this metric accounts for both the robot’s grasp and the manipulation task that follows it. Based on this metric, therefore, grasping approaches should allow a robot to predict the quality of a grasp beforehand and to choose the most appropriate grasping strategy for a given task.

“We are well aware that some efforts in the direction of a more reasoned grasp choice have already been made,” Ortenzi adds. “However, we strongly advocate that robotics researchers should pursue this idea further in order to effectively see robots act in smart ways.”

In the future, the metric devised by Ortenzi and his colleagues could inform the development of new machine learning frameworks for grasping and manipulation. For instance, it could be used by other research teams to shape the reward functions of their reinforcement learning paradigms so that they consider the overarching goal of a robot’s actions. Meanwhile, the researchers plan to continue exploring ways in which the new grasping philosophy and the metric they proposed can be effectively implemented in robotics applications.

“We are still heavily involved in the investigation of object handover (i.e., the exchange of objects between two agents, one of which can be a robot),” Ortenzi says. “We want to make robots act well when passing objects to humans, and the metric we developed will come in handy.”