What aimbots do, essentially, is help players who want a relaxed ride to cope with the difficulties of aiming and shooting. After all, a game is a game, right? Well, it depends.

If you ever played a first-person shooter (FPS) game—or any shooting games in general—you must have come across aimbots. They are invisible to the eye, but these useful snippets of code are ever-present in the settings screen of most games, at least in story mode.

What they do, essentially, is help players who want a relaxed ride to cope with the difficulties of aiming and shooting. After all, a game is a game, right? Well, it depends.
When used in offline mode, aimbots are a players’ own business. They affect gameplay in a way gamers can enjoy without affecting others.

With stakes increasingly higher, the use of aimbots has risen considerably in the online gaming world, along with other forms of cheating, both at amateur and professional levels.

To shed some light on this issue, Discover.bot spoke with three industry experts to describe the role, ethics, and future of aimbots in the gaming world.

A brief history of aimbots

Before digging into what an aimbot does from a technical perspective, is it useful to clarify here that there are several types of them and they do differ from one another. For context, the word aimbot is generally used to describe software which is either created to run together with an FPS or as a modification to game files aimed at exploiting different aspects of the game code to a player’s advantage.

That being said, aimbots have evolved substantially from the first days of gaming, so prior to getting into their ethical implications, following is an overview of their development.

From pixels to the present

The first aimbots ever created for FPS games were the colour aimbots. They ran parallelly to the game—as a separate program—and worked by assigning a particular RGB colour value to a target. As the game started running, the colour aimbot would search for that particular colour code on the player’s screen and move the cursor to that pixel location.

While very useful in old games with limited colour palettes, is it safe to say that this kind of aimbot is rendered almost useless by the high-quality graphics of games today, as modern graphic cards constantly render lights and shadows on characters and surroundings and consequently change their colour.

To circumvent the “issue,” programmers started developing what are known as content hacks. These would allow users to modify graphics’ settings to render in-game image differently. For example, a common hack of this type would be to force the rendering of enemies, friends, and walls in specific bright colours. Understandably, this type of content hack was frequently used with colour aimbots in a lethal combination. 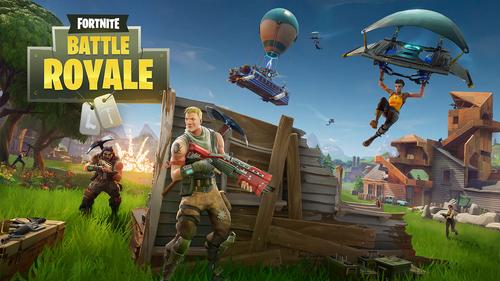 Fortnite is one of the most popular games to feature aimbots.

The next generation of aimbots was named hook aimbots, allowing players to modify the game’s system files to change game mechanics to their own advantage. If the previous two types of aimbots, for example, could not hit a target behind a wall, hook aimbots could alter the transparency of solid objects, such as that wall, and provide you with a clean—if slightly unfair—kill.

The last, and more effective, generation of aimbots acts directly on a computer’s GPU and is therefore called graphics driver aimbots. These are bots able to locate the three-dimensional coordinates of all players on the server, with the obvious advantage of being able to track players well out of the user’s visible range.

Why do players use aimbots?

Having established what aimbots are, the next question is, then, why do people use them? Apart from the obvious answer of gaining an unfair advantage on other online players, aimbots can simply be used to enjoy a game more, if you’re just bad at games, for example.

Richard Leinfellner is a lecturer in computer games at the University of East London and former executive producer at Electronic Arts (EA). Talking to Discover.bot, Leinfellner explains how “aimbots are designed to make aiming easier and overcome limitations in controllers to give better ‘accuracy,’ especially for third person, where it’s hard to acquire a target whilst moving. Less so in first person games where you aim in the direction of shooting.”

How our brains aim

According to Leinfellner, aimbots allow players to think about moving and shooting at the same time, thus making games less frustrating.

However, the computer games lecturer also tells how many aimbots are actually programmed quite poorly, defeating the purpose of aiding the player altogether.
“Depends on the implementation. Some aimbots make it almost impossible to aim in games (like GTA5). While others just take all the skill out,” Leinfellner says.

Although some players use (or try to use) aimbots to enjoy games more, others might be finding them really useful because of the limitations of controls on gaming consoles as opposed to PC mouse precision. 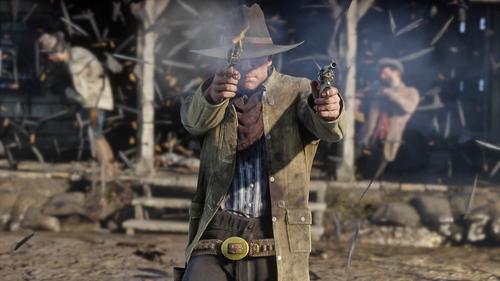 “Aimbots are becoming more essential on consoles because of the controls’ limitations in precision,” says Max Harrison, graduate academic assistant at the media department at Middlesex University and 3D games and animation graduate.

“Console controls use a thumbstick that rotates the camera as long as the thumbstick is moved,” Harrison explains. “Because of this, it is possible to aim with these controls but the precision of the mouse allows for a specific rotation amount to be used.”

The ethics of using aimbots

If it’s undoubtedly true that there are people using aimbots just to have more fun in offline games, it is out of doubt that, from a developer perspective, they ruin the way the game was intended to be played by its creators.

“I feel it ruins the experience of gaming. Using the aimbot removes the element of learning how a game plays and how its players play,” Harrison says. “It also takes most of the gameplay out of the player's hands.”

Moreover, there is no doubt that, in the online world, aimbots are mainly perceived as a form of gaining an unfair advantage over other players.

“Aimbots are just another means of cheating in order to gain an unfair advantage in competitive video games,” says Damien Mason, expert reviewer at ProPrivacy and freelance technical writer.

Mason tells Discover.bot that, while aimbots are currently not punishable by law in the western world, they are inherently against the terms and conditions of any video game and consequently give ground for publishers to sue the perpetrator. 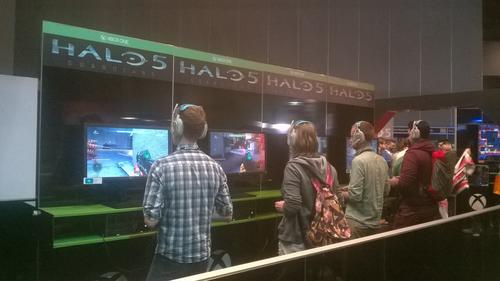 How will aimbots affect the future of gaming?

“Individual cases are few and far between,” Mason explains, “with companies often targeting the head of the snake by issuing lawsuits to cheat distributors instead. Rockstar is among the most ruthless, with Epic Games not far behind in setting its own precedent.”

But Mason also believes that direct sellers are not the only ones profiting from cheats like aimbots.

“Boosting services exist, in which individuals or groups guarantee to help players attain a certain rank or level through the use of cheats, in exchange for an agreed amount. This is a problem that is increasingly spreading, much like a virus, and is often handled in-game,” Mason tells Discover.bot.

The future of aimbots

So, what will happen to aimbots in the future? According to Mason, to fight the cheating phenomenon behind this practice, publishers should come up with innovative ways to deter it.

“Ubisoft is fighting an ongoing battle in Rainbow Six Siege, alongside renowned anti-cheat firm BattlEye, most recently implementing a matchmaking ratio (MMR) rollback system that refunds players the amount of skill rating that they lost to cheaters, alongside permanently banning both cheaters and boosters.

These methods are far from perfect but do look towards a better future.”

But if these ways of tackling the use of aimbots are proving so far at least partially effective, some people in the industry believe aimbots are a necessary evil in the ever-growing gaming world.

“As games get more complex and the market more mass-oriented, people will use aimbots more,” Leinfellner explains. “Games are fun and hitting stuff is fun—it’s not real life, it’s a game. It’s about the same as John Wick, single-handed, killing hundreds of bad guys.”

A possible solution to the potential rise of aimbots could be to “have separate servers for players who use these systems, as they interfere with players who are playing the game as intended,” Harrison suggests.

This way, professional players would be able to experience the game without cheats, and everyone else could just aim through walls and enjoy the ride.

Talking to the Refrigerator: Let’s Think About Chatbot Personalities

Bots are a hot topic right now. There are many growing communities where you can share your chatbots, discover new chatbots, learn how to use new tools, compare frameworks, and keep up with discoveries. We've put together a list of our six favorite chatbot forums for bot developers and bot enthusiasts alike to explore and find new connections in the exciting sphere of bot development.