How Chatbots Can Provide Accessible, Reliable, and Scalable Healthcare Support

The combination of timely and reliable advice is a feature of many of the applications of chatbot technology in healthcare.

A few years ago, I met with representatives from the British medical charity Arthritis UK to discuss a new chatbot it was developing to help people get the support they needed with their condition.

The organization revealed that millions of people live with various kinds of arthritis and other musculoskeletal conditions in the United Kingdom, and Arthritis UK wanted to provide an intelligent interface to help these people when they needed it. A major aim of the project was not only to provide the most scientifically accurate advice they could but also to provide it in a timely manner. 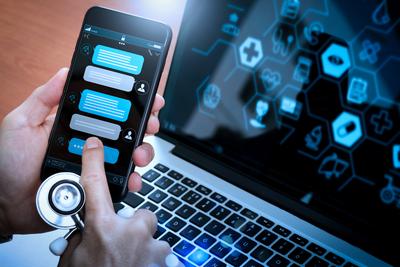 Arthritis UK shared numerous stories of people waking in the middle of the night with terrible pain but having few resources or support to help them because of the unsociable hour. A chatbot was regarded as the best solution because it provided great support 24/7 and so was available whenever people needed it.

This combination of timely and reliable advice is a feature of many of the applications of chatbot technology in healthcare. For instance, there is perhaps no more time-sensitive situation than a medical emergency and, a few years ago, a chatbot (called the 911bot) was developed to help people that encounter an emergency situation.

The system allowed users to report the incident they encountered, in both text and image form, with this information then forwarded to emergency services. In addition to this basic reporting function, however, the system also aimed to give best practice advice to the user so they could respond at the scene. This is advice such as how to deliver CPR to someone having a cardiac arrest.

Such support doesn’t have to be confined to emergency environments, however, as there is a growing concern around the world about timely access to doctors for less terminal conditions. Indeed, in the United Kingdom, it’s common for people to have to wait two weeks to see a doctor for non-emergency issues.

The chatbot will see you

Chinese startup Ping An Good Doctor provides an alternative in the form of a chatbot-powered health clinic that has no staff to speak of. Instead, a range of AI-powered services are delivered via an avatar that engages the user in a conversation to elicit details about their medical history and the symptoms they’re presenting with.

This helps to provide a triage service, after which a suggested care pathway is proposed or a teleconsultation with a human doctor is provided. The company behind the kiosks doesn’t believe it will ever replace human doctors but rather will augment medical services in areas where coverage is not good at the moment. 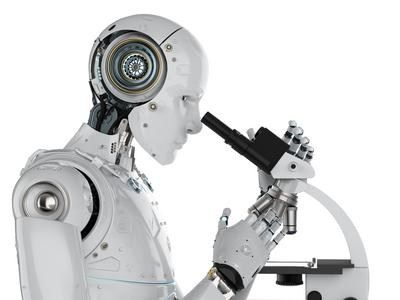 These trials serve as research to create better bots

In addition to the chatbot and telehealth interface, the kiosk comes with a smart cabinet to allow users to collect prescriptions, with each kiosk equipped with approximately 100 of the most commonly prescribed medicines.

The company hopes to build upon initial trials in Shanghai and to develop a network of several hundred kiosks around the country and thus to provide support for the millions of Chinese citizens who still lack ready access to medical expertise. This shortage is driven by the fundamental lack of doctors in the country, and it’s a challenge that many developing nations face, so chatbot-driven technology promises to provide an invaluable means of plugging those gaps in coverage.

Talk to the bot

Chatbots also offer promise in areas where it can be difficult to open up to a fellow human being. A Finnish project out of HUS Helsinki University Hospital has seen the creation of a virtual helper that relies upon conversational AI to help young people get help for conditions such as depression.

The system, known as Milli, operates via a chatbot interface that allows users to describe their situation before receiving prompt and clinically sound tips. The free service is aimed at young people across the country, and while it’s only at a pilot stage at the moment, the ambitions are to roll it out nationwide.

Milli ultimately aims to triage the individual successfully so that they get to speak to the right person to help them with their problem. Arguably the biggest benefit the developers believe Milli provides, however, is getting young people to open up in the first place. A recent study found that former soldiers were more likely to open up about mental health issues, such as PTSD, when engaging with a virtual avatar than they were with a human therapist, and the Finnish team believes the same applies with its chatbot technology.

“It doesn't have to take a lot of effort for a young person to get progress in seeking help for their problems,” says Janne Frimodig, a nurse from HUS Youth Psychiatry, unit of Psychological Treatments.
As with the arthritis chatbot, Milli is designed to provide support around the clock, so whether it’s providing a more approachable first point of contact, raising accessibility, or offering support at unsociable hours, there are numerous benefits chatbot technologies can bring to healthcare. Those mentioned here are just a handful of the examples I’ve come across in the last few years, and it seems certain to be a growth area in the future.