Many doctors think that integrating artificial intelligence (AI) in their work can improve surgical outcomes, by helping them to identify and mitigate modifiable risk factors.

The success of a surgery can hinge on the right decision from a doctor.

But, oftentimes, fatigue or inexperience can cloud a surgeon’s thinking, leading to dire medical consequences.

That’s why many doctors think that integrating artificial intelligence (AI) in their work can improve surgical outcomes, by helping them to identify and mitigate modifiable risk factors, manage postoperative care, and decide how to best use available resources. These findings come from a December 2019 study published in JAMA Surgery.

In fact, diagnostic and judgment errors combined are the second biggest cause of preventable harm to patients during surgery. And nearly half of all medical complications, including 30 percent of resulting deaths, occur due to human error. 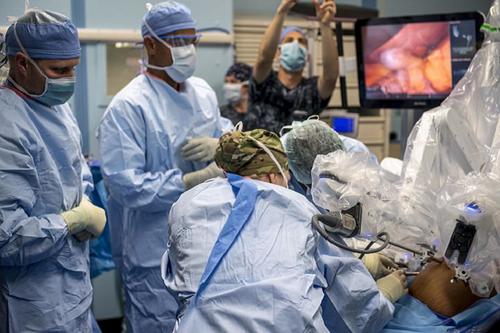 “Traditional clinical decision-support tools can reduce variability and mitigate risks, but their clinical adoption is hindered by suboptimal accuracy and time-consuming manual data acquisition and entry requirements,” said Dr. Tyler Loftus, a researcher at the University of Florida and 2019 JAMA Surgery. “Automated artificial intelligence models can address these weaknesses, particularly in preoperative and postoperative phases of care.”

To assess surgical risk, many surgeons use the National Surgical Quality Improvement Program (NSQIP) Surgical Risk Calculator, which uses a patient’s age, sex, and other health information to create an evaluation.

The calculator relies on self-reporting from surgeons, which requires widespread participation and time-consuming data entry. This heavy dependence on human input has led to low predictive accuracy for many postoperative complications.

To that end, the Health Information Technology for Economic and Clinical Health (HITECH) Act of 2009 helped to bring about the widespread use of electronic health records (EHRs).

Roughly six years after the law took effect, more than four in five hospitals had adopted EHRs. In 2013 alone, EHRs handled an estimated patient data load of 153 billion gigabytes—a number that grew by an estimated 48 percent each year.

Much of that data can be fed into an artificial intelligence model that live streams those electronic health records on mobile devices to help doctors make real-time decisions.

Surgeons at the University of Florida have already begun using artificial intelligence to assist them in decision-making. 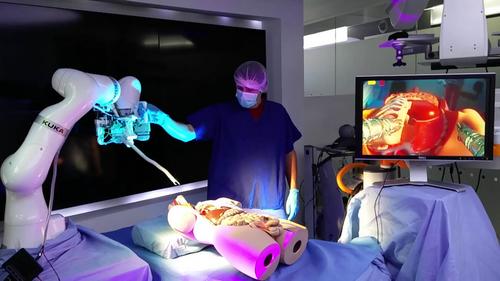 Dr. Loftus and his colleagues tested their MySurgeryRisk platform in a study with more than 51,000 patients undergoing major inpatient surgeries.

The researchers used the AI algorithm of MySurgeryRisk to predict the probability of postoperative complications or death for patients undergoing major surgery.

The algorithm predicted with a high level of accuracy a patient’s risk of death or developing postoperative complications, such as acute kidney injury, sepsis, venous thromboembolism, and other conditions.

“AI provides a unique opportunity to enhance human ability to sense and comprehend in a condensed time frame,” said Dr. Azra Bihorac, a researcher at the University of Florida and study author. “Our experience is that surgeons are very interested and willing to establish a partnership with such a platform if the accuracy, confidentiality, and trust can be established.”

Dr. Loftus acknowledges the primary role of artificial intelligence during surgery is to evaluate the performance of and deliver feedback to surgeons. But he also thinks the technology could be used to perform surgeries in the future.

As an example, he points to an AI platform produced by researchers at MIT that features a biodegradable, origami-like microbot, which folds into an ingestible pill for patients to swallow.

Once inside the body, the bot unfolds and sticks to inner tissue walls. The doctor can then use magnetic fields outside of the patient’s body to maneuver the microbots inside it.

Researchers at MIT have already demonstrated a simulation where the microbot removed a battery implanted in the stomach wall of a 3D silicone representation and patched up the wound within roughly five minutes.