AI cancer detection may be able to provide doctors the ability to recognize and treat the disease before it spreads.

It’s no secret that artificial intelligence (AI) has been rapidly developing over the past few years.

With Siri and Amazon Alexa, self-driving cars, targeted advertisements, chatbots, and automated customer service representatives, the infiltration of AI into our daily lives is anything but subtle.

Public debate and speculation about the future of AI commonly adopts the “bound to take over the world and threaten the human race” stance, but what if artificial intelligence could actually help the human race, like detecting breast cancer earlier and more accurately than doctors?

As of late, AI has become a hot topic of medical discussion.

AI cancer detection is perhaps the most recent phenomenon, among its other modern uses, which can apply to Alzheimer’s, heart, and kidney diseases.

Artificial intelligence has the potential to revolutionize the way that cancer is diagnosed, superseding humans (and their subjectivity to error)—once it’s fully developed. 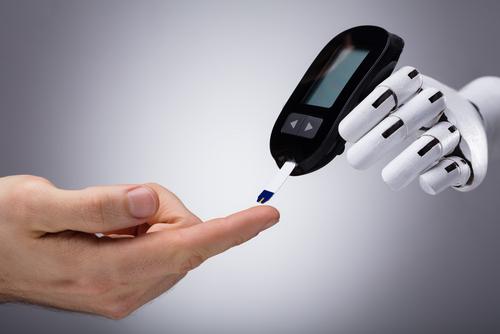 The applications of AI in medicine are numerous.

AI has the capacity to take in data in much larger quantities, at a fraction of the speed, while systematically processing and aggregating data.

The World Health Organization (WHO) reports that about 2.1 million women are affected by breast cancer annually.

In fact, it’s the leading cause of death from cancer among women.

And early detection is crucial to successful treatment.

According to new research, artificial intelligence may be the remedy to this devastating reality.

A recent study on AI cancer detection investigated the accuracy and efficiency of an AI tool (developed by Google) in the identification and diagnosis of breast cancer.

By inputting thousands of images from mammograms of women in the United States and United Kingdom, Scott Mayer McKinney and his colleagues trained an AI system to identify breast cancer characteristics in screening images, and they put its diagnostic skills to the test.

When assessing the same images, the AI cancer diagnoses were more accurate than both the prior assessments of radiologists and the interpretations of experts in a controlled study.

Although this clinical trial was largely limited and shielded from real-world variables, its implications are still quite exciting.

An AI cancer detection system has the potential to learn how to flawlessly identify cancerous abnormalities in images.

This development could eliminate the chances of false positive or negative diagnoses—and their resulting stress.

And it could assist in the early detection of cancer, paving way for more effective treatment and, ultimately, fewer lives lost to cancer.

However exciting these discoveries, we don’t want to get ahead of ourselves.

The future success of AI cancer detection is still unknown.

A full understanding of the reliability of an AI cancer diagnosis will require many more clinical trials.

One issue with using AI to detect cancer is rooted in the makeup of artificial intelligence itself—because AI learns based on its programming, it is dependent on the accurate input of data by humans. 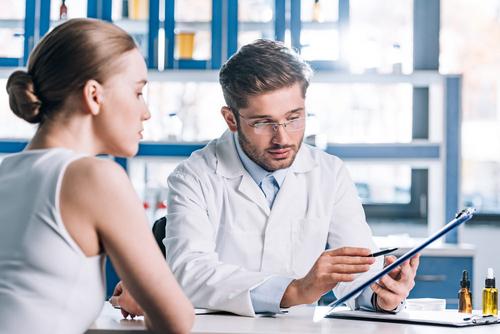 Human error is still a considerable factor in medicine.

What is especially problematic is the fact that breast cancer, like other forms of cancer, is not always straightforward.

Cancer is considerably overdiagnosed by pathologists.

This error often occurs when abnormalities have characteristics that fit the definition of cancer but do not and will not cause cancer symptoms or death.

Additionally, there is a huge gray area between cancer and not cancer, which can cause pathologists and radiologists to have different opinions about who has cancer and who doesn’t.

With AI cancer detection relying—at the very core of its programming—on these human uncertainties, AI diagnoses must be weighed in context, alongside other factors and opinions.

Part of the toolkit

Although we’re not quite ready to let AI take over the process of diagnosing cancer altogether, continued technological developments and clinical trials are expected to progress over time.

Worldwide collaboration among scientists, medical experts, and institutions are searching for the best way to incorporate new technologies into clinical practices.

In these very early stages of clinical development, researchers are suggesting that AI cancer detection should only be used as a tool to provide a second perspective alongside that of a radiologist.

This could be especially helpful in areas where there aren’t a whole lot of radiologists at hand and could improve diagnostics across the board by drawing attention to issues that may have otherwise gone unnoticed.

Skepticism about AI cancer detection is warranted, but the truth is that countless lives could be saved with a method to diagnose cancer more accurately and in a more timely manner.

How to Create Trustworthy AI

As society has entered a race to develop more artificial intelligence implementations in various sectors like education, healthcare, and more, many people have questioned the downsides of technology such as the ability to mimic human cognitive functions, showcase emotions and empathy, and potential mistakes and errors in implementation.